Luke 5:17–26 (NLT) One day while Jesus was teaching, some Pharisees and teachers of religious law were sitting nearby. (It seemed that these men showed up from every village in all Galilee and Judea, as well as from Jerusalem.) And the Lord’s healing power was strongly with Jesus. 18 Some men came carrying a paralyzed man on a sleeping mat. They tried to take him inside to Jesus, 19 but they couldn’t reach him because of the crowd. So they went up to the roof and took off some tiles. Then they lowered the sick man on his mat down into the crowd, right in front of Jesus. 20 Seeing their faith, Jesus said to the man, “Young man, your sins are forgiven.” 21 But the Pharisees and teachers of religious law said to themselves, “Who does he think he is? That’s blasphemy! Only God can forgive sins!” 22 Jesus knew what they were thinking, so he asked them, “Why do you question this in your hearts? 23 Is it easier to say ‘Your sins are forgiven,’ or ‘Stand up and walk’? 24 So I will prove to you that the Son of Man has the authority on earth to forgive sins.” Then Jesus turned to the paralyzed man and said, “Stand up, pick up your mat, and go home!” 25 And immediately, as everyone watched, the man jumped up, picked up his mat, and went home praising God. 26 Everyone was gripped with great wonder and awe, and they praised God, exclaiming, “We have seen amazing things today!” 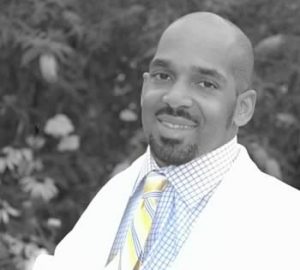 My son, Rick, had a good friend at school who was a tremendous basketball player.  Matt Ware was the son of my mentor, Dr. Charles Ware, president emeritus of Crossroads Bible College—my alma mater.  As Matt dove for a ball at practice one evening, his head hit the wall and he was paralyzed from the neck down.  For the past 25 years, Matt has been a tremendous witness of God’s love and grace.  Of course, there is no cure for his condition. (You can see his 1998 interview with Scott Swan at CSWLEGACY.org or see Matt’s website matthewcharlesware.com/)

This puts today’s story into context.  If there is no cure today, there certainly wasn’t a cure then…unless you have access to the greatest healer of all time.  The friends of this paralyzed man were so determined that they tore the roof off the house to get him to Jesus.

In His wisdom, Jesus understood that this man had a condition that was far worse than his paralysis.  His physical paralysis would only last for his earthly life.  His spiritual paralysis would last for eternity unless Jesus healed him.  So Jesus began with the most important problem—his sin problem—and announced forgiveness.

The Pharisees were indignant at the audacity of offering forgiveness of sins since only God has that power.  That’s because all sin is against God just as David proclaimed, “Against you, and you alone, have I sinned; I have done what is evil in your sight.” (Psalm 51:4).

Then Jesus did something to prove He had the authority to forgive sin.  He told the man, “Stand up, pick up your mat, and go home!”

Can you imagine the emotions of this man when he felt the strength returning to his legs?  His nerves began to fire, and his spinal cord was repaired. His muscles were immediately strengthened (remember that those who are paralyzed experience severe muscular atrophy).  After not walking for a long time, he stood, folded up his mat, and headed home.  The joy in his heart must have been overwhelming.

So What?  Take a moment to put yourself in this formerly paralyzed man’s shoes.  What would you have been experiencing as you walked out of that house completely healed?  Try to describe what that joy would have felt like.

PRAY:  Would you write a prayer for Matt Ware below as you connect him with this incredible Bible story?  Ask the Lord to provide all of Matt’s needs and for others you know who are sick.